A whale of a time on an Eco Whale Watching Safari

There are few things that will attract your immediate attention in whale season as the word “THERE!” when you are out looking for whales. Everyone will snap their heads and fix their eyes instantly in the direction you are pointing. It could be a fun game on a boat adventure at the best of times. But by the end of July, it's intently serious when out at sea doing some whale spotting. Whale season on the Garden Route in South Africa is typically July until October. Due to the weather conditions in our protected bay, Mossel Bay has become one of the whale watching hotspots in South Africa.

Hermanus is well known for whale watching but in the past few years Mossel Bay has been a favourite stop for migrating whales to mate, give birth and just hang out.  In 2018, there were regular whale shows near the town of Reebok, just a 10 minute boat ride in Fearless Speedboat, when Southern Right Whale families displayed their tail slaps and breaches. In 2019, the Great White sharks along the Western Cape coastline went into hiding at the appearance of the Orca whales. In the whale season of 2021, we have great expectations of seeing the whales in their splendour in Mossel Bay once again. 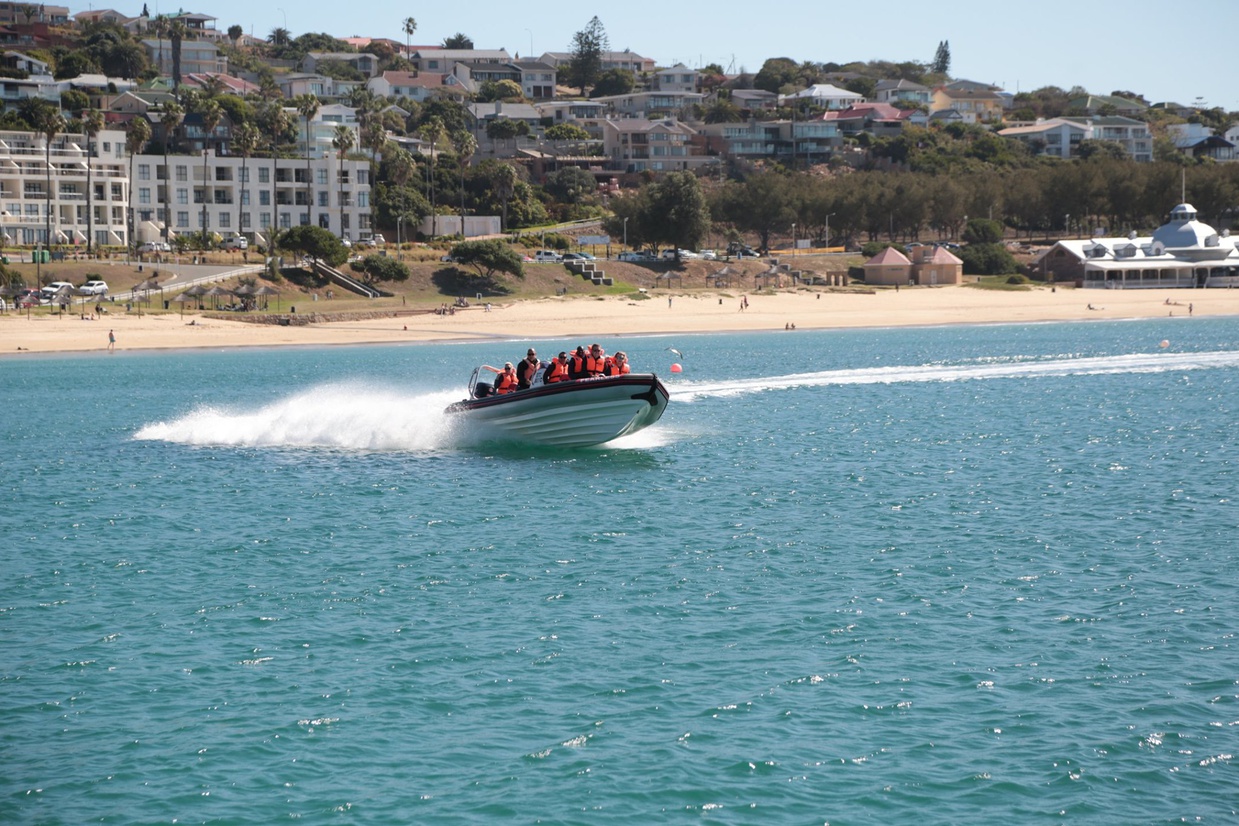 Mossel Bay Boat Adventures provides an Eco Whale Watching Safari on our Fearless Speedboat. We usually have a head start as we have good friends in Mossel Bay that inform us of the places where the whales have been spotted. When we approach the general area, we keep a respectable distance and all eyes scan the waters for the first sighting of the whales. In Fearless Speedboat, the skipper quickly gets you to the area where the whales are spotted and will expect everyone on board to help spot the whales as well as other marine life. We want you to spend your time on the boat trip taking photos of the whales and admiring their displays rather than on the journey there and back. On a good day, the Eco Whale Watching Safari in Mossel Bay turns into an entertaining eco marine boat tour as you may also see the Bottlenose Dolphins, the Great White Shark and a host of different sea birds like the Gannet and Oystercatcher. The Eco Whale Watching Safari includes a free trip to Mossel Bay’s Seal Island, home to hundreds of Cape Fur Seals. 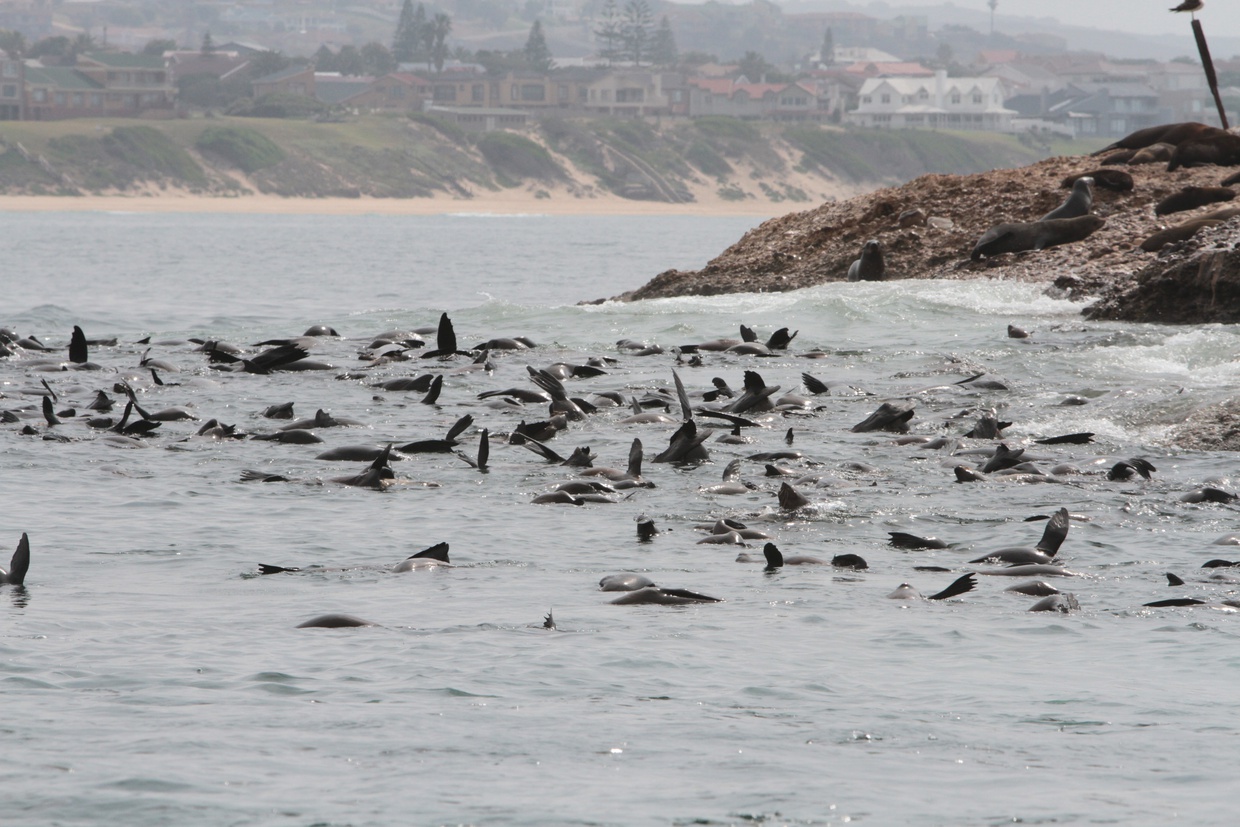 The skipper will give you the best opportunities to take photos but we’ll keep a respectable distance without imposing on the whale’s natural movements and space. We’ll also point out a number of good land-based whale watching spots along the Mossel Bay coastline. So, don’t  make the mistake of thinking there is nothing to do in a seaside holiday town in winter. Book this ocean adventure with us today because we have spectacular wildlife shows planned for you.